Find out everything you need to know about duvet covers and decide if you want one for your bed.

We may earn revenue from the products available on this page and participate in affiliate programs. 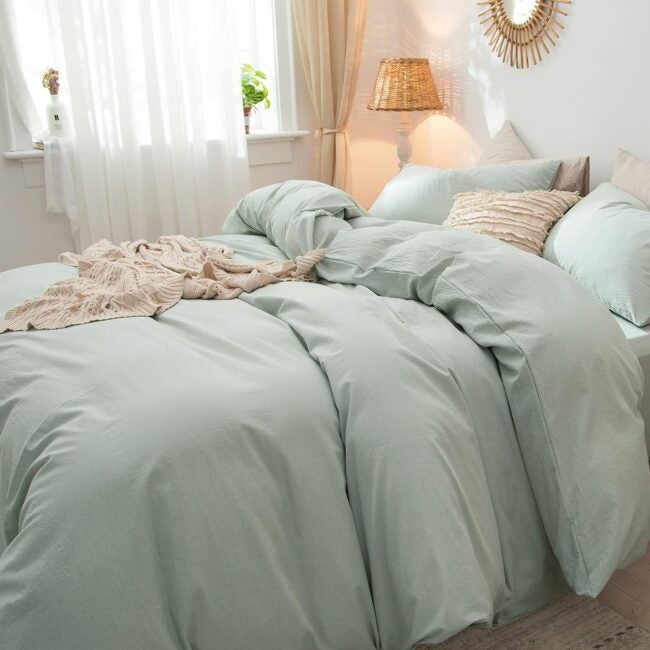 Q: While shopping for bedding options, I noticed many products labeled as “duvet covers” on the market. What is a duvet cover, and what is it used for?

A: When it comes to choosing bedding, the available options can be overwhelming. Shoppers not only have to find the perfect sheet set for the mattress size, but they also have to decide whether they want a comforter, a quilt, or a duvet.

A duvet is a style of blanket that is filled with either down, feathers, cotton, or a synthetic material. Unlike quilts or comforters—which have durable protective shells—duvet inserts are designed to be used with a protective cover.

To confuse things even further, while the term “duvet” is popular in Europe, duvets may simply be referred to as “comforters” in the United States. This guide will tell you everything you need to know about duvet covers and help you decide whether you want one for your home’s bedrooms.

Related: The Best Cooling Comforters for the Bedroom

A duvet cover is a protective layer for a duvet.

A duvet cover is to a duvet what a pillowcase is to a pillow. Duvet inserts, especially when filled with natural down or feathers, tend to be expensive. Duvet covers act to protect the duvet from dirt and dust while simultaneously preventing rips and tears in the shell. Since duvets are often filled with feathers, the duvet cover also protects the user from being poked with pointy quills if they break through the duvet’s shell.

Duvet covers come in a wide variety of materials.

While most duvet covers on the market are made from cotton, they may also be made from linen, silk, and synthetic fibers. Egyptian and Pima cotton are considered the highest-quality options on the market because their long fibers make the fabric soft and durable. If it’s in your budget, a duvet cover made from a natural material usually offers optimal comfort and longevity.

Beyond the material, the way the fibers are woven also affects how a duvet cover feels and performs. Percale weaves are crisp and cool, sateen weaves are soft and silky, and flannel is tightly woven for a warm and cozy feel. 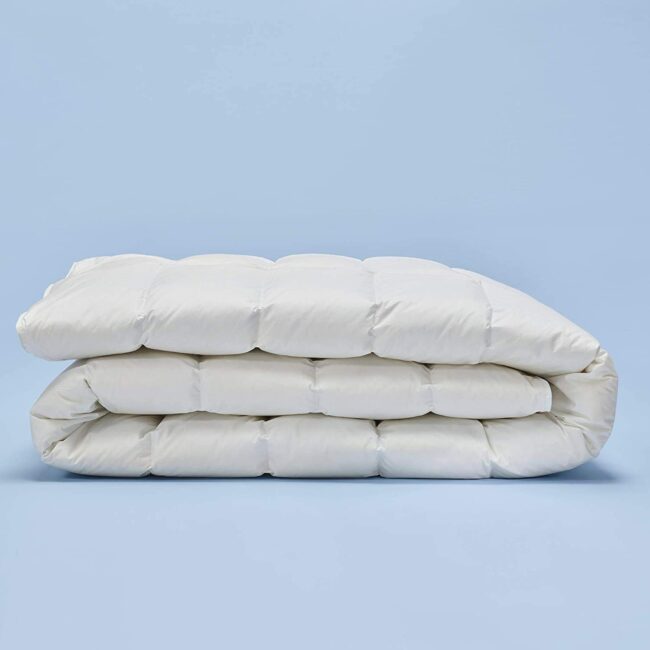 The cover is easier to clean than the duvet.

Duvet inserts are difficult to wash and may require dry cleaning. A duvet cover protects them and allows you to launder them less frequently. They are largely machine-washable and can be easily cleaned alongside your sheets and pillowcases. Make sure to follow laundering instructions based on the specific duvet cover you choose, as care requirements vary depending on the fabric. When using a duvet cover, you’ll only need to wash the duvet insert every few years unless it becomes soiled.

Related: How To: Wash a Comforter

Duvet covers are available at affordable price points, allowing you to switch up the aesthetic of your bedroom without making a significant financial investment. They come in an infinite range of colors, patterns, and prints, so there’s sure to be an option to suit nearly every decor style.

Solid colors are classic and timeless, while patterns usually work well in children’s rooms and dorm rooms. Many swap out their duvet cover seasonally to suit the weather. Some are lightweight and best-suited to warm weather, while others will make your duvet warmer on cool winter nights. When choosing bedding, some opt for a duvet cover in the same material as their sheets while others will choose a contrasting fabric.

Related: The Best Blanket Storage for Your Blanket Collection 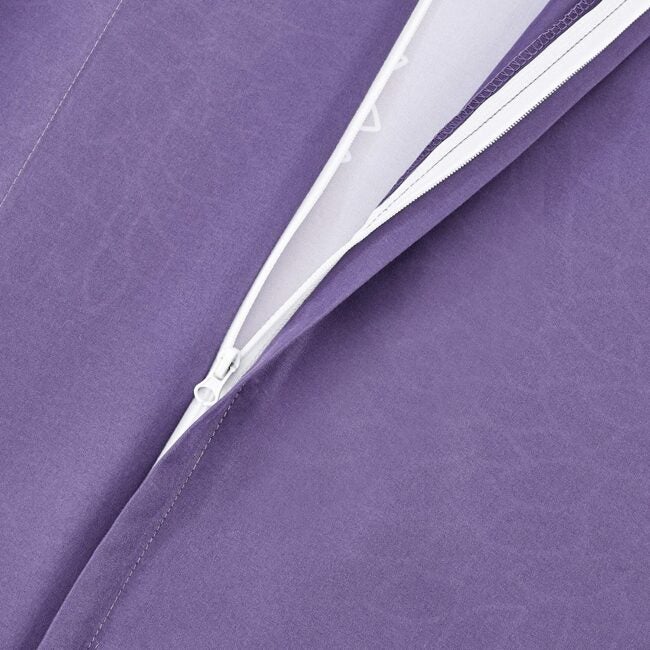 Duvet covers fasten with ties, a zipper, buttons, and more.

Duvet covers are designed to be easily removed so they can be laundered frequently. The style of closure, however, varies depending on the product—some close with a zipper, others with buttons.

While zippers are easy and quick to use, they will need to be replaced entirely if they break. Another disadvantage of zipper closures is that they may snag on the duvet insert’s shell and cause a rip or tear.

Buttons may be more time-consuming to open and close but are easier to sew back on if necessary. Many high-quality duvet covers feature interior ties at the corners that help the duvet insert stay in place.